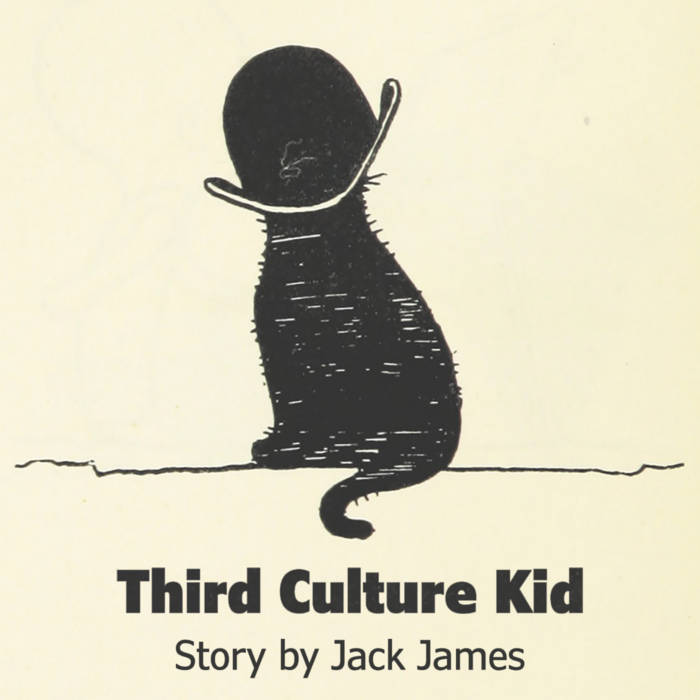 Webster’s dictionary defines “music” as “the science or art of ordering tones or sounds in succession, in combination, and in temporal relationships to produce a composition having unity and continuity”. And boy-howdy does Jack James enjoy making that there “music”.

Third Culture Kid is James’ 7th album in 8 years, continuing a harder rocking folk sound that began on “Letters of Last Resort” while taking his songwriting in new and unexpected paths. This includes intermittently ditching the whole folk part, with a result that walks a fine line between Elliott Smith’s XO album and Silver Jews’ Tanglewood Numbers.

The creative evolution on this album is all over the writing rather than merely the instruments used. The previously defined “temporal relationships” between the “tones” is played with a lot. Guitars are given long bridge sections to build organically. Gift Horse's Teeth hints at a backing band for minutes before feinting. Sean Grady feels like the most immediately catchy single, with a hook & guitar sound straight out of the Billy Corgan playbook.

Third Culture Kid is a term for someone raised in an environment which is very different to their parent’s environment. Wikipedia lists Barack Obama as the first example and only example I’ve ever heard of. So I guess, in many ways, that makes Jack James the Obama of folk music.

But who is Jack James?

Webster’s dictionary defines “Jack James” as “The word you've entered isn't in the dictionary. Did you mean "Jackhammer"?


“From Neil Young... by way of Bonnie "Prince" Billy, to Arab Strap, without the charming vulgarity.” - The Herald

Khruangbin and Greg Foat stop by with their amazing new LPs.