Is that the rain on 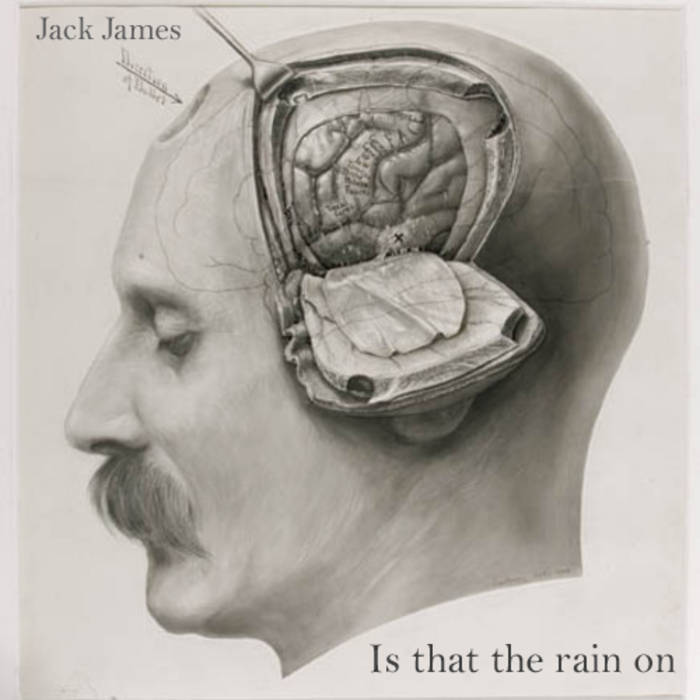 When we last left our hero, just over a year ago, he had released a collection of songs focussed on the concept of "Leaving Town". This time round things are a bit more settled and feature a smörgåsbord of ideas including the weather, board games and political assassinations.

"Is that the rain on" opens with the deceptively simple "Hours away from rain", and gently leads the listener through to songs like "Three names" and “Matchmaker” and "Letter in the drawer", which are as deep as anything previously released by Jack James. The important difference here is the control, everything is precision, the delivery is powerful, unrestrained yet calming, and additional instrumentation is well-harnessed. This is the 4th album in as many years from the Glasgow songwriter and while the musical growth is obvious, the biggest wildcard is the experimental aspects, both essential and potentially alienating at once.

This includes, completely new to the repertoire, four instrumental pieces woven throughout the album, which comprise of banjo and piano solos. The recording of these instruments, as well as the vocals and guitar on all the tracks, were all executed in a single uninterrupted take, giving a live feeling to the performances. The album is steeped in mood and such aesthetic choices are critical to setting the scene, similar to the effects of the rain mentioned in the title. The instrumentation used is not simply a gimmick, many songs that feature the banjo, or for the first time the accordion, are integral to the melody. The result of which leaves the album stylistically somewhere between The Decemberists and Damien Jurado; if that sounds interesting, this album is certainly worth your time.